Full Name
Russ Weis
Job Title
President
Company
Silverado Vineyards
Speaker Bio
As president of Silverado Vineyards, Russ oversees all the operations of the iconic family-owned winery. Russ Weis grew up in a family of farmers in Madera, California, working in the vineyards with his father and grandfather. This experience proved to be the foundation of a career in California fine wine. Russ moved to the Napa Valley in 1981 to pursue degrees in Literature and French at Pacific Union College, spending a year in Haut-Savoie in France. Upon graduation, he taught English language and literature at a small liberal arts college in Japan.

In 1987, Russ returned to Napa Valley and joined the Christian Brothers Winery in St. Helena as a tour guide, eventually working his way up to a position in public relations. His familiarity with foreign countries and languages was considered a pertinent skill by the Christian Brothers’ ownership, International Distillers & Vintners Ltd. who in 1990, named Russ their global brand manager for California Wines.

In 1993, Russ joined Robert Mondavi Winery where he led the Asia/Pacific export business. He held several leadership roles at the winery, including director of public relations for Opus One. In 2000, Russ was named senior vice president for international business development, a position he held until joining Silverado Vineyards in 2004.

Russ has served as chairman of the Stags Leap District Association and the Napa Valley Vintners Association, as well as various nonprofits including the Napa Valley Symphony, and as founding honorary chair of the Oakland Wine Festival.


About Silverado:
Silverado was founded in in 1981 by Ron and Diane Miller, along with Diane’s mother, Lillian Disney, to make wine from the historic vineyards of their estate. All of Silverado Vineyards' wines are estate-grown, produced and bottled – sourced from the winery's six vineyards across Napa Valley.
Speaking At
California Terroirists: Rethinking Assumptions from Paso to Lodi, Napa to Sonoma 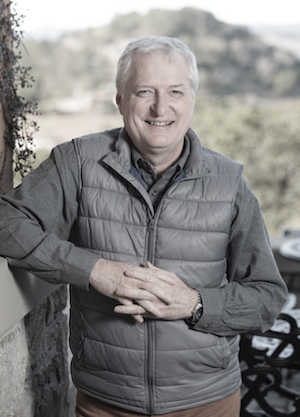