Full Name
Nicole Andrus
Job Title
European Imports Sales Director
Company
Trinchero Family Estates
Speaker Bio
Nicole Andrus was lucky to find her passion for wine and travel early on in life. Born to notable winery founders Gary and Nancy Andrus who founded Pine Ridge Winery in 1978 and Archery Summit Winery in 1994, Nicole was raised in bucolic Napa Valley, California. Her education in wine started early, as she happily worked at her parents’ wineries as a ‘cellar rat’, learning how to do everything from pump-overs and punch-downs, to detailed lab analysis. As she matured, she expanded her skill set by assisting with the sales and marketing of her family's wines. Her love of travel and other cultures was also cultivated early, and was solidified when she lived abroad in Switzerland during her high school career, and for a time in Ecuador during her college years. It was in Ecuador that she became fluent in Spanish, and began working on another of her passions when she studied Botany in the Galapagos Islands.
Nicole returned to the U.S. to build on that scientific foundation, and earned an undergraduate degree in Biology from Lewis & Clark College and a master’s degree in Molecular Plant Systematics from Florida International University. Soon after graduation, her desire to live abroad again motivated her to accept a position in Research and Development at the Torres Family's flagship property in Spain. Nicole’s love for Spain and its wines blossomed during that time, and after three years at Torres, she moved on to be general manager for a small winery in Priorat.
It was this expertise and enthusiasm that caught Rob Mondavi’s eye in 2005 when he hired her as lead Iberian Wine Specialist at Folio Wine Partners, where she remained for 10 years. In her decade with the company, Nicole negotiated agreements with several top estates including Bodegas Fillaboa, Palacios Remondo, Celler Vall Llach, Leda by Mariano Garcia, Artadi, the Grupo Pesquera and Quinta do Crasto. During her tenure in the wine industry Nicole has demonstrated success in multiple areas of the business including expanding distribution, acting as a brand ambassador across multiple brands, performing estate audits, assisting with marketing, compliance and logistical support, and creating quality private label wines for a number of established U.S. wholesalers. In 2015, Nicole established her own wine consultancy, United Vintners Abroad, with longtime friend Jaume Vial.
In 2018, Nicole joined Trinchero Family Estates on an exclusive basis, where she currently serves as European Imports Sales Director. She continues to reside in the EU with her husband and children. Proficient in five languages and with deep experience in winemaking, supplier relations, driving distribution of, and education on European wines, Nicole is a great asset to TFE as the company grows their luxury imports portfolio.
Speaking At
Tempranillo Master Class 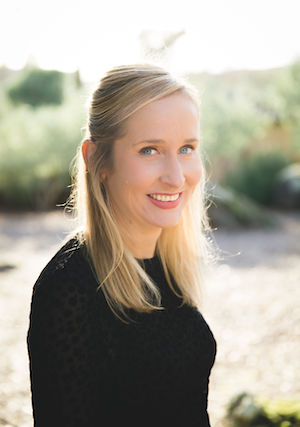