Full Name
Will Costello MS
Job Title
Estates Ambassador
Company
Bien Nacido & Solomon Hills Estate
Speaker Bio
Will Costello is a Master Sommelier by the American Chapter of the Court of Master Sommeliers. He passed with Distinction the Advanced Certificate of the Wine and Spirits Education Trust. Costello has competed in numerous wine related competitions including the The Court of Master Sommelier’s TOP/Somm, The Chaine de Rotisseurs “Young Somm Competition,” the Ruinart Champagne Challenge and was named one of Wine & Spirits Magazine’s “Top New Sommeliers 2013.” He is an educator for New Zealand Wines and educates at the Society of Wine Educators National Conference yearly. Costello is often included in The Somm Journal, Gourmet, Wine & Spirits Magazine, and Eater National Publications.

Before joining the team at the Thornhill Companies and representing the Estate wines of Bien Nacido Vineyards and Solomon Hill Vineyard, he was the Wine Director at Mandarin Oriental, Las Vegas where he oversaw the entire wine program. This included TWIST by Pierre Gagnaire, the famous chef’s only American outpost. He was the Maître d’ of Addison restaurant at The Grand Del Mar in San Diego, CA from 2006 to 2012.

He is married to Yvette and currently resides in Las Vegas, with their 4 dogs. He has climbed some of the highest mountains in the world including Mt. Kilimanjaro, Mt. Denali and Mt. Aconcagua. He is a certified commercial pilot as well.
Speaking At
California Terroirists: Rethinking Assumptions from Paso to Lodi, Napa to Sonoma
How to Really Do Deductive Tasting! Like for Real, For Real
Blind Taste With the Masters 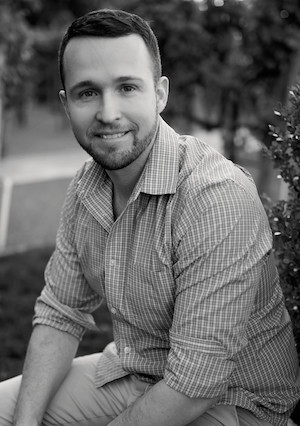